The equipment was brand new, the buildings only on loan, and the study environment was top notch when the first sports students arrived at Aarhus University 25 years ago. Since then, ‘stretching and bending’ has been partly replaced by a multidisciplinary and clear academic profile, but the programme is still in great shape.

In 1997, as the third university in Denmark to do so, Aarhus University acquired a Bachelor degree programme in Sport Science, after enthusiasts from the university and the municipality, together with various local politicians and a few members of parliament, pushed to bring it to the city. Their most important argument for establishing the degree programme, which was already offered in Copenhagen and Odense, was that Sport Science was the only upper-secondary school subject that Aarhus University did not yet offer. The university simply lacked the programme – not least because there was a great shortage of upper-secondary school teachers, especially in Jutland, during the same period.

We were guinea pigs, for better or worse

Ulrik Dalgas began as a sports student in the very first year group in Aarhus:

“At first there were only 60 students, which meant there were some very small Friday bars where we quickly got to know each other. We had to set up the whole culture ourselves, because there were no older year groups to influence it. There was a fantastic start-up atmosphere, a kind of pioneering spirit, where it was not far from idea to action. And all the equipment was brand new,” says Ulrik Dalgas, who is now Professor of Exercise Biology and Health at the Department of Public Health, which currently houses the Sport Science degree programme.

He remembers his student days as a fantastic time with a superb study environment, characterised by a strong team of students and teaching staff.

“We were guinea pigs with a brand-new study programme and new curriculum, and a lot of things had to be adjusted along the way. But at the same time, we were privileged to have talented teaching staff who were highly motivated and committed. That’s actually still the case. The people involved in the degree programme in sport are really passionate about their subject. However, there was no on-site research when we were students, and everything had to be started up from scratch. We’re in a completely different position today,” he says.

Jens-Ole Jensen also remembers the strong study and working environment. When he was a recent MA graduate in Sport Science and Cultural Studies from the former Odense University, now the University of Southern Denmark, he was appointed as one of the first members of staff on the new degree programme in Aarhus.

“I was given my first e-mail address when I was hired as a teacher on the programme here in Aarhus. It was my first encounter with the Internet. But even though that was great, it’s the human relations that stand out for me in my memories of that time. Communities and relationships. That’s what sport science can do,” says Jens-Ole Jensen, who is now head of research at VIA University College.

Uplifting to watch footballers do gymnastics

The degree programme in Athletics, later renamed Sport Science, was founded at the time as part of the Faculty of Natural Sciences (NAT). Erik Meineche Schmidt, later Dean of NAT, was one of the key players who helped to establish the programme in Aarhus. He remembers with pleasure the early years, when prospective students had to pass a comprehensive entrance examination to get into the study programme:

“In the beginning, the students had to do very well in five different disciplines to be admitted to the programme: ball games, gymnastics, racket sports, swimming and diving. And I’d have to say, it could be quite uplifting to watch football players trying to get through the eye of the needle in gymnastic agility,” he says with a twinkle in his eye.

More than 100 hours of swimming lessons

Lars Bo Larsen, who is a development consultant for the Danish Swimming Federation and a permanent swimming teacher in the Sport Science degree programme in Aarhus, adds:

“Previously, students at Sport Science had more than 100 hours of swimming lessons during their studies – now they have 56. And I’m actually pleased about that; the students were almost as good as the national swimming team at the end,” he says, and adds that around 10 per cent of TrygFonden’s lifeguards are sport students from Aarhus.

“Only five percent had any swimming skills before they started with us, so that’s really impressive,” says Lars Bo Larsen.

“We probably think about skills slightly differently now than we did in the past. Our students still have to pass an entrance examination, but they don’t necessarily have to be masters in their own skills, i.e. performing in the various disciplines. However, they must be able to communicate both basic and difficult exercises in different contexts and for different target groups,” says Teaching Associate Professor Kristian Raun Thomsen, Director of Studies for Sport Science.

Over the years, the Sport Science programme at AU has lived a changeable life, with different addresses and organisational affiliations. The programme had its first address at the then Engineering College of Aarhus, later moved to Katrinebjerg, and is now based on Dalgas Avenue in Frederiksbjerg in Aarhus, even though from several sides and at several different times there has been a wish to concentrate all of the university’s activities in the yellow-brick buildings on campus. But the dependence of the programme on practical facilities, such as swimming pools and football pitches, got in the way.

“When I started in the first year group in Aarhus, I was around 30 kilos lighter than I am today. That’s not just because I no longer take part in the practical subjects, but probably just as much because we did not have our own facilities at the time. I think I cycled up to 30 kilometres a day just to take part in the teaching. We had gymnastics in Risskov, theoretical lectures in the University Park, classroom instruction in the Engineering College, athletics at Aarhus Stadium, swimming in Aarhus Svømmestadion at Frederiksbjerg and then orienteering in the Marselisborg forests,” says Ulrik Dalgas.

The Sport Science degree programme has been the subject of lively discussions about whether the teaching is either too theoretical or too practical, and whether such a programme even belongs in a university.

But with 25 years behind it as a university degree programme, Associate Professor and Head of Section Ask Vest Christiansen from the Department of Public Health believes that the latter doubt has long since been dismissed. The Sport Science programme is still going strong, not least because of the programme’s interdisciplinarity – a term which has now practically become a mantra within both research and education at the universities.

“The degree programme in Sport Science is unique, amongst other things because, as far as I am aware, it is the only university degree in Aarhus that brings together the practical side, the natural sciences and the humanities,” he says.

“There is nothing to suggest that the number of students will be further decreased. Young people have not lost interest in studying sport science. Our programme has a good reputation and a good and stable number of applications. This is positive and suggests that we are doing something right,” says Kristian Raun Thomsen.

Kristian Raun Thomsen also says that, while graduates of the programme typically found employment as upper secondary teachers in the past, they now find employment in many different parts of society, where their sports education skills are of use. These include, for example, organisations and unions, companies, sports clubs, municipalities and regional authorities. Some of them also choose to become self-employed with their own companies, for example as personal coaches.

According to the Director of Studies, this is not least due to the content and composition of the programme, which has changed since 1997. The five basic disciplines have for example now been replaced by larger and broader subject areas with a consciously interdisciplinary focus and a clear academic profile that points in three directions: a human physiological profile, a humanistic and social science profile, and a teacher and communicator profile.

“Today, we have a strong, research-based degree programme, based on a well-established and recognised research environment in which we publish up to 70 scientific articles annually in one of the research groups alone. That rubs off on the teaching, which is of a similarly high standard and clearly very different from when I studied here,” adds Professor Ulrik Dalgas, who continues:

“In my view, there is now an even stronger student environment, with many more opportunities than there were when I was studying – in both the academic and the social aspects. What’s more, it is a great strength that we now have all levels of study, up to and including the PhD programme. I had to go to Copenhagen to get my Master’s degree.”

See photos from the anniversary event

The 25th anniversary of the Sport Science programme was celebrated at the Department of Public Health on Dalgas Avenue on Friday 16 September 2022. Current and former staff and students met up, along with representatives of Team Denmark and the National Olympic Committee and Sports Confederation of Denmark (DIF), as well as some of the founders of the programme. Together, they celebrated the development of the study programme and the strong research environment on which it is based. 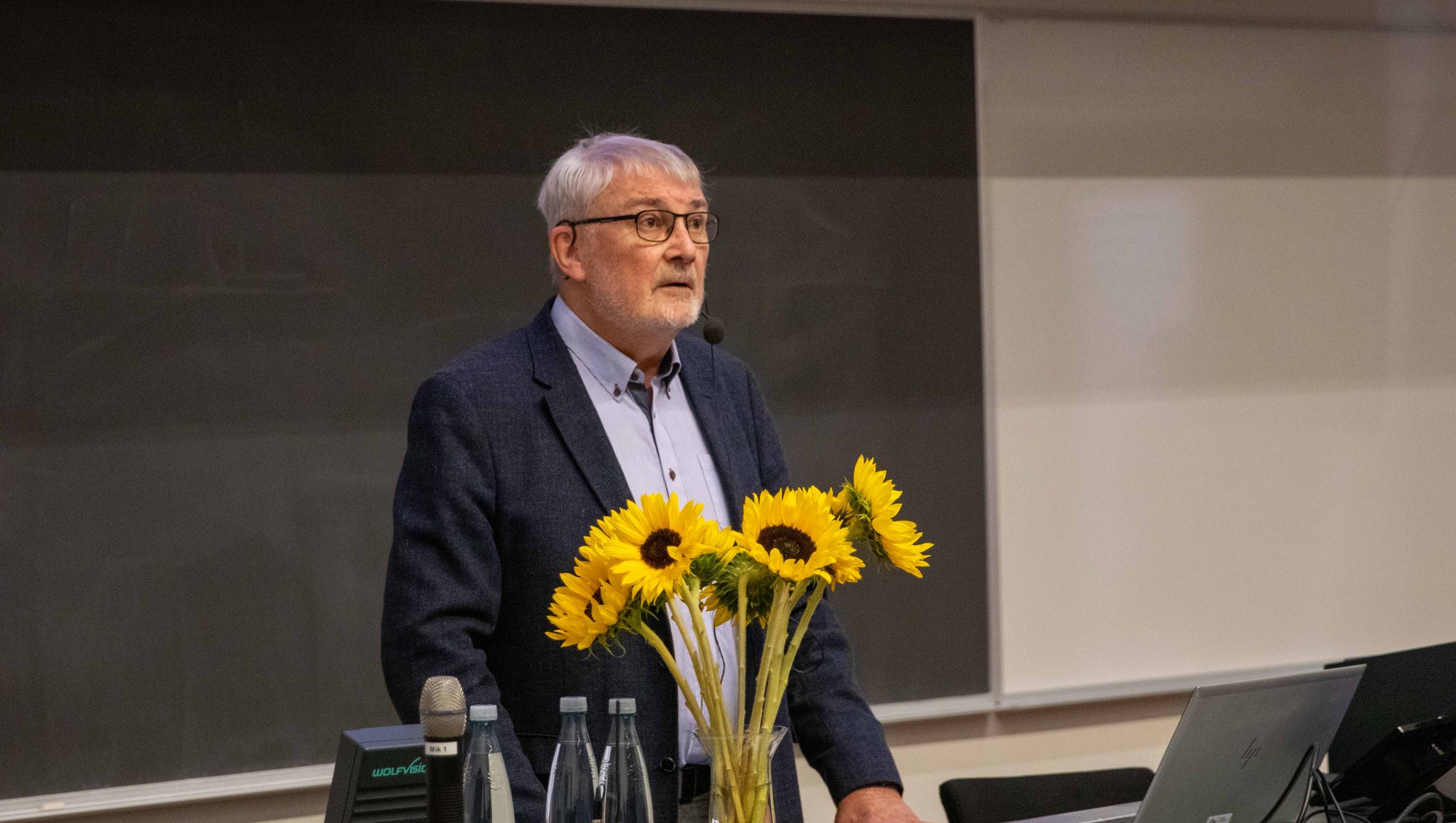 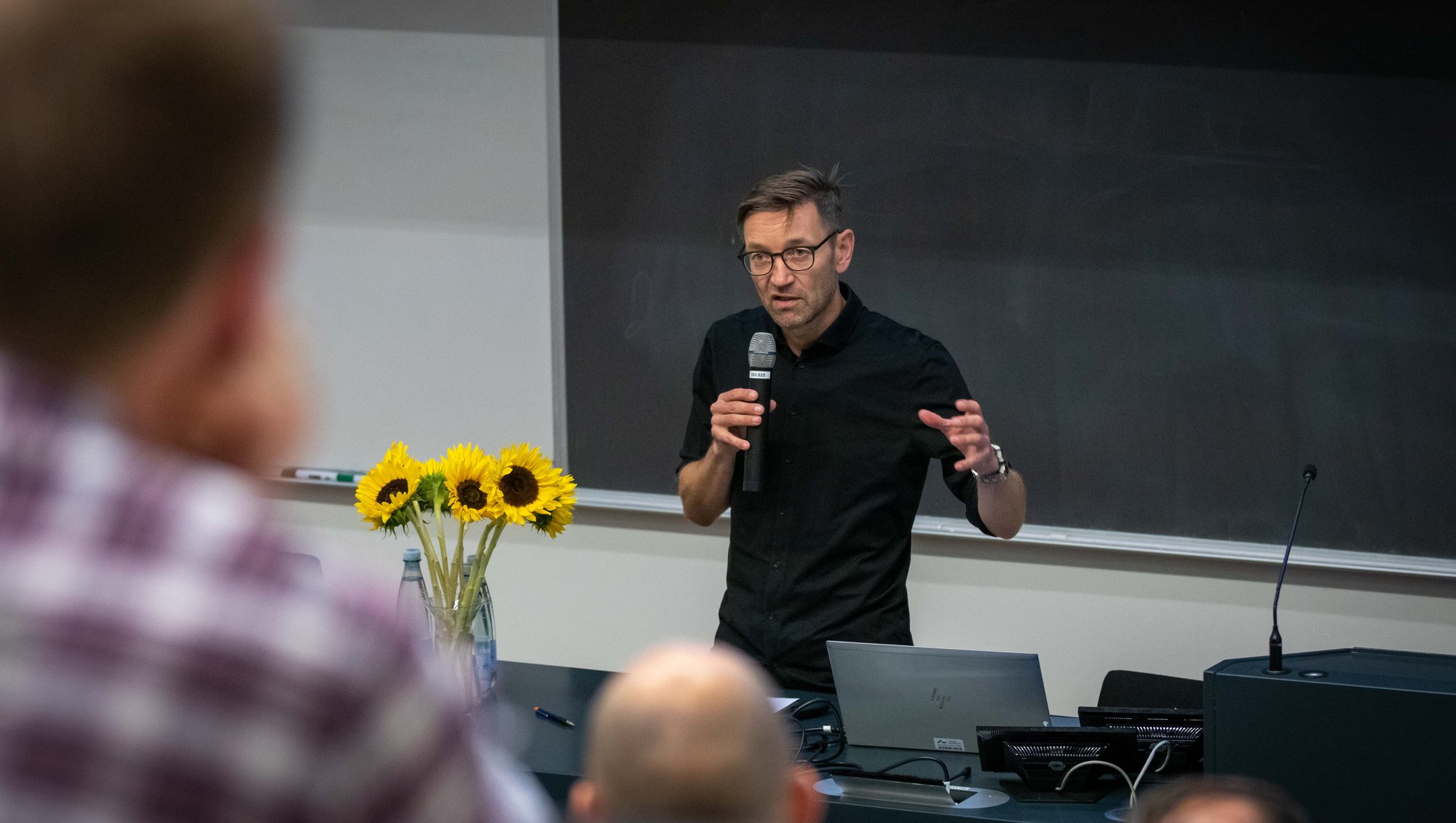 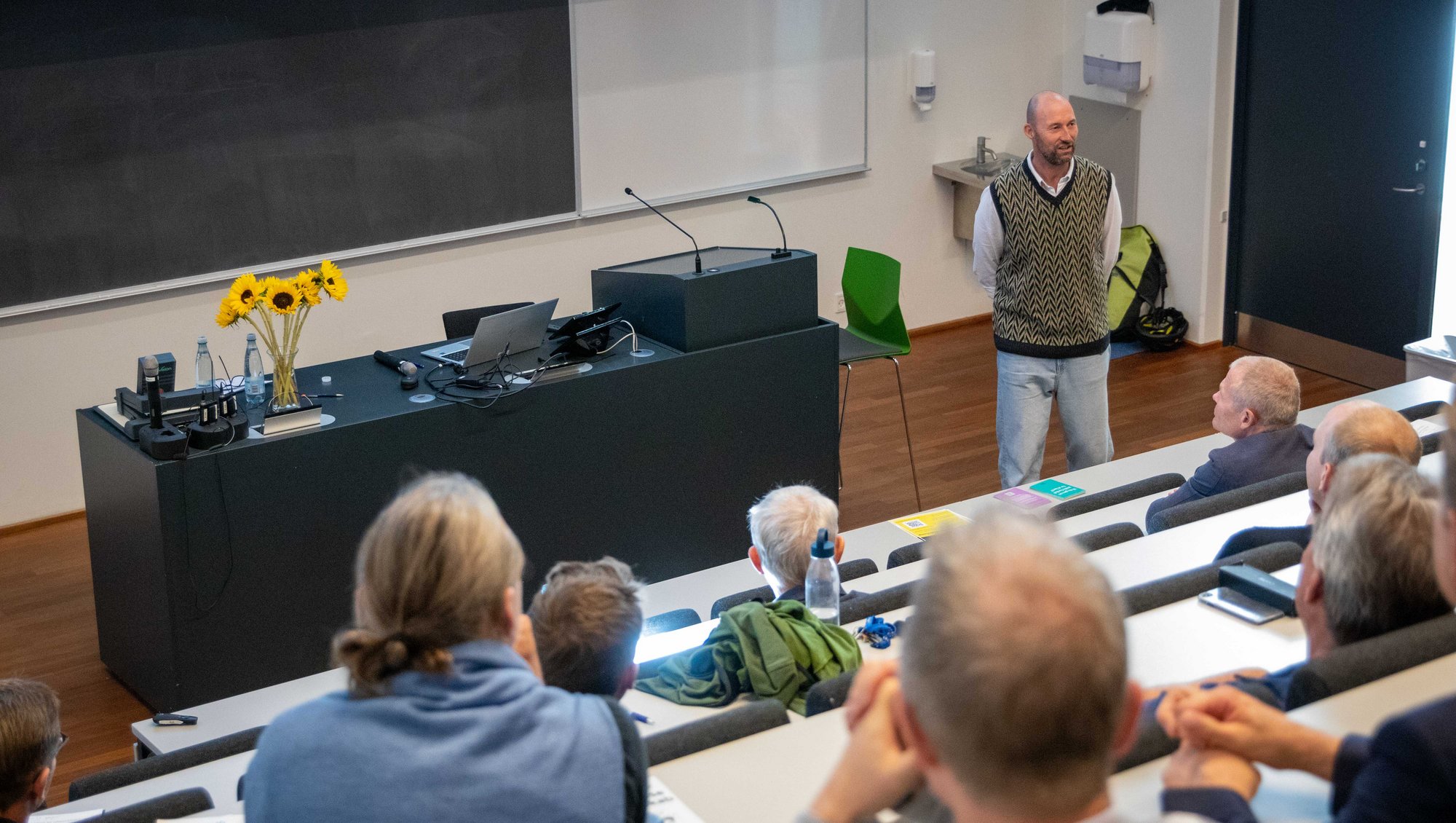 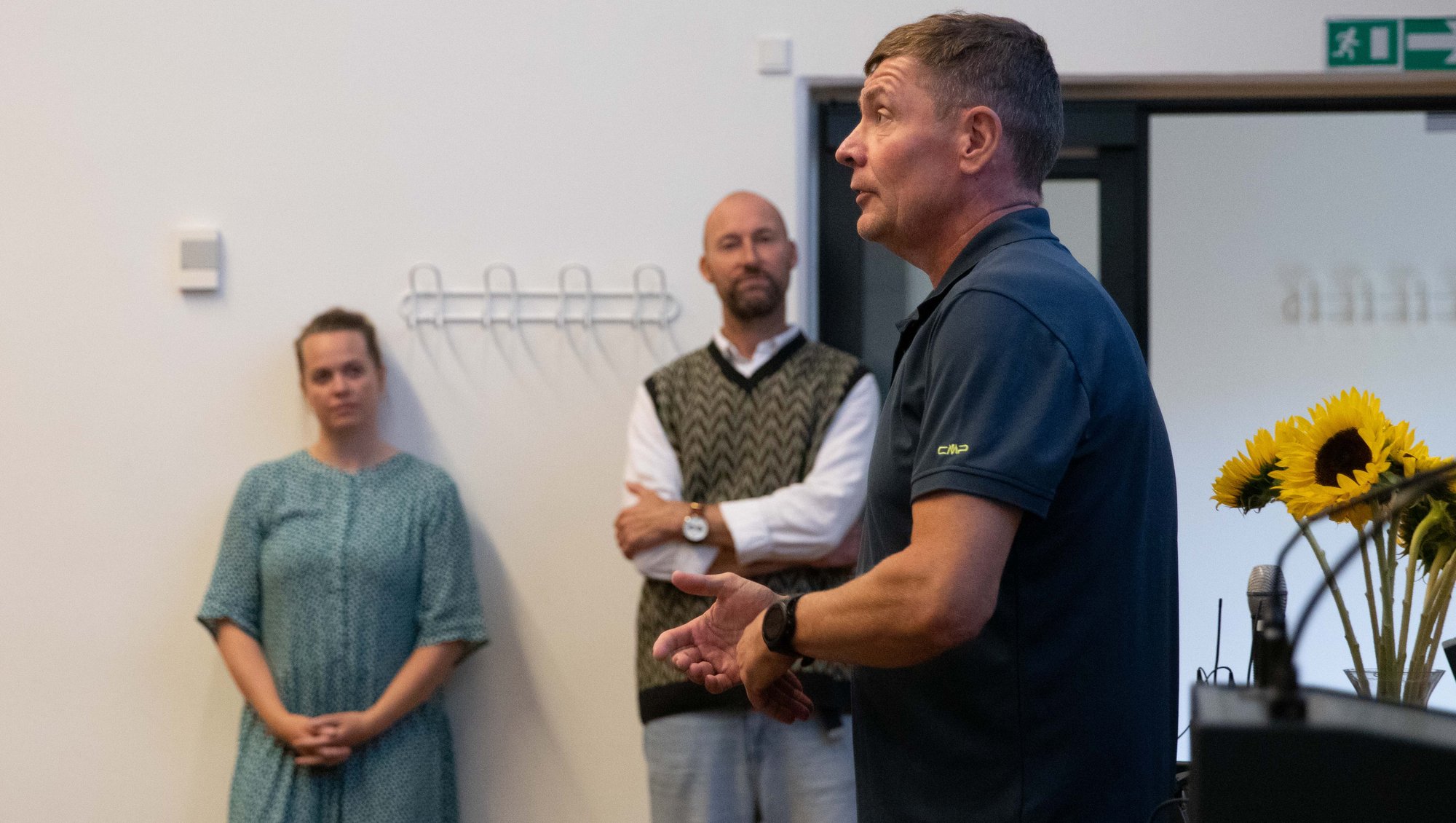 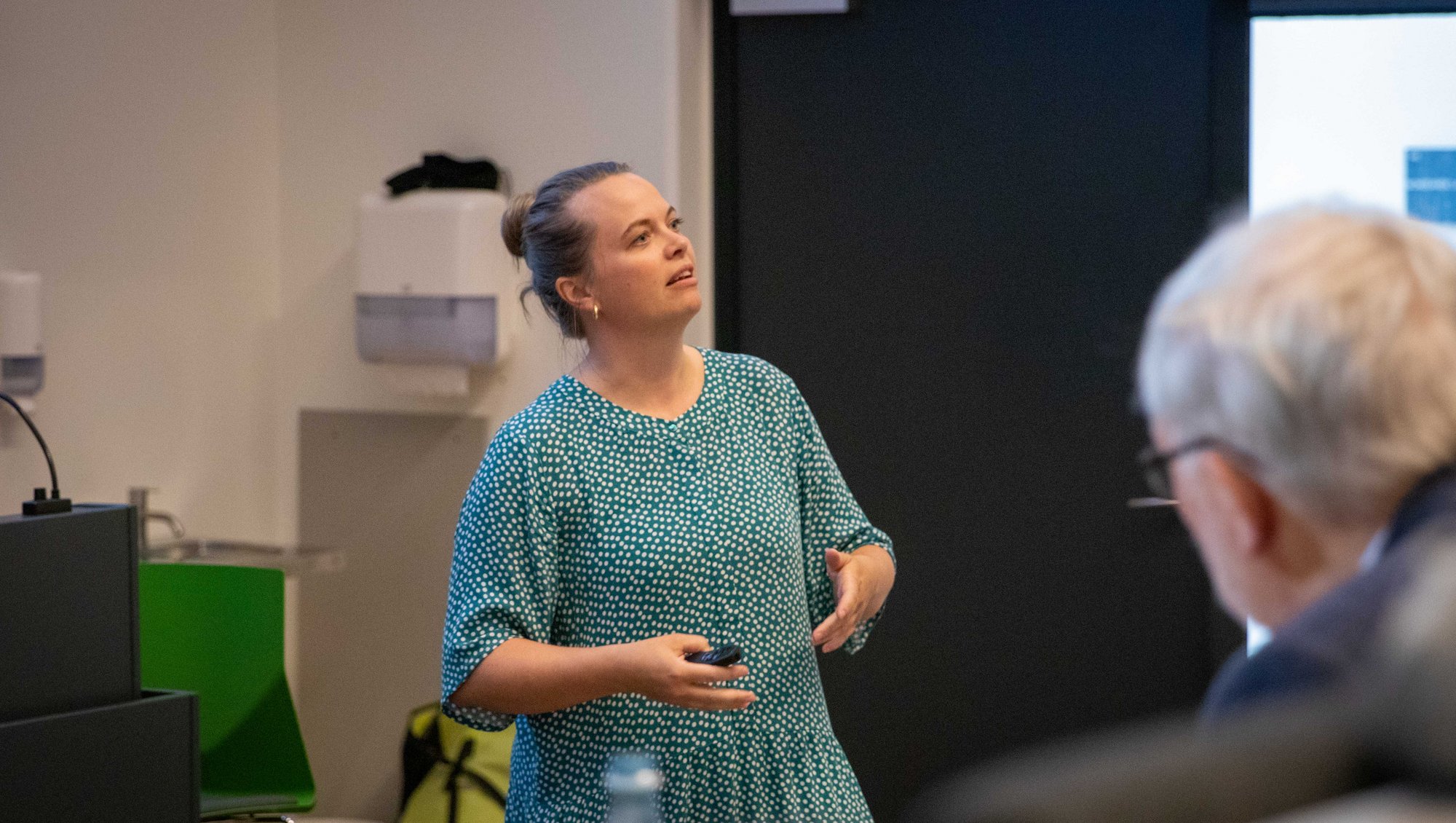 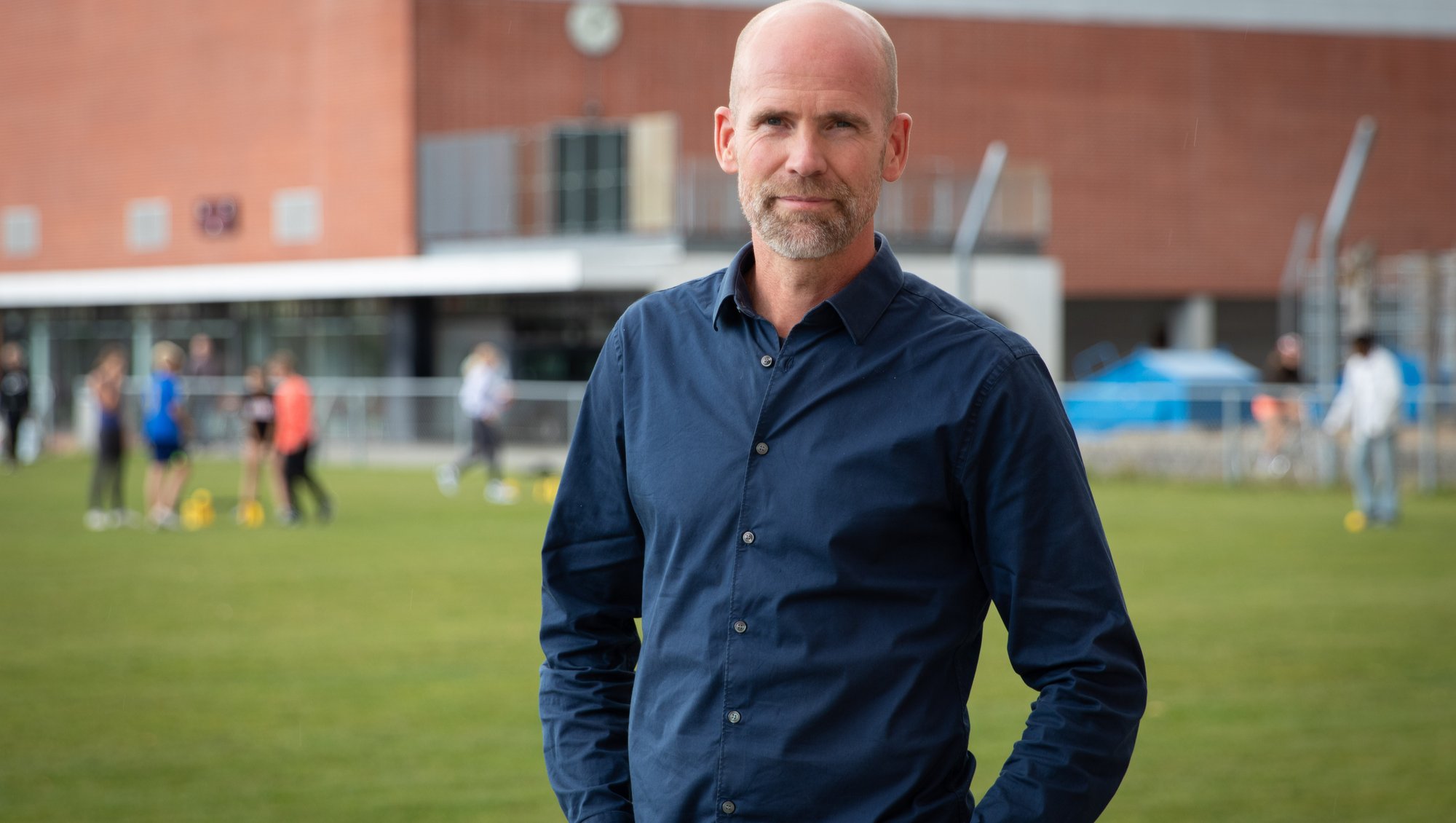 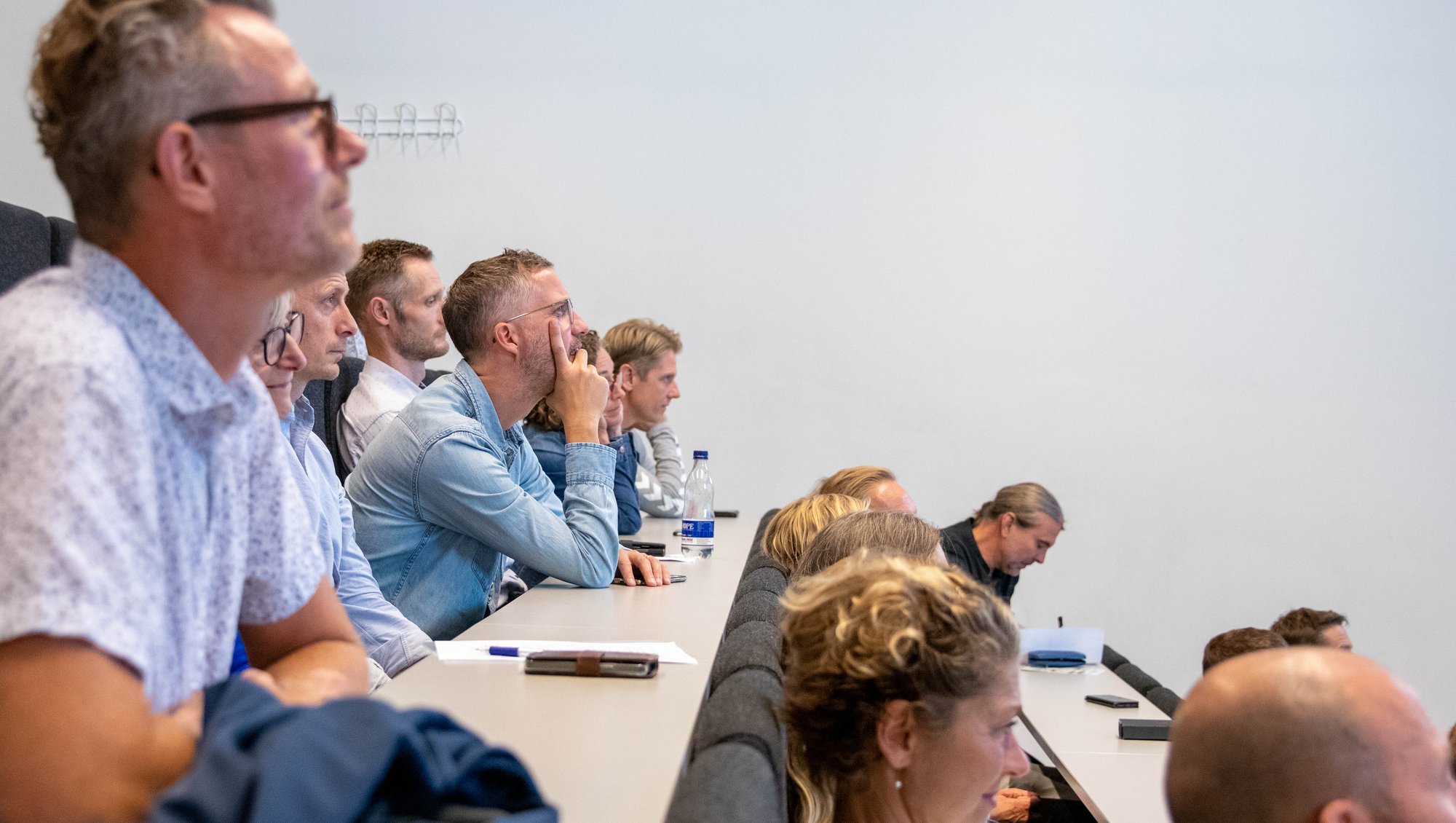 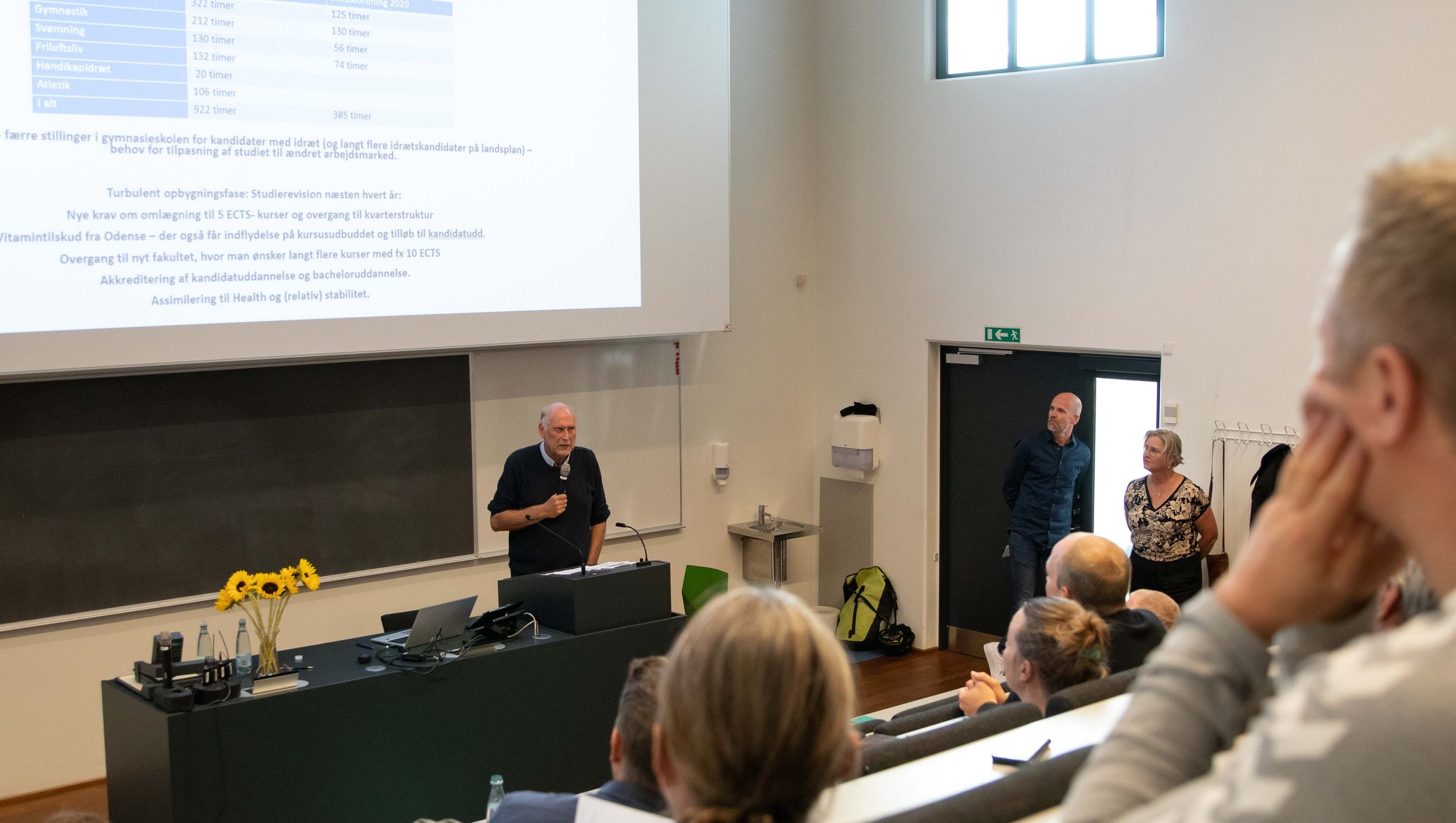 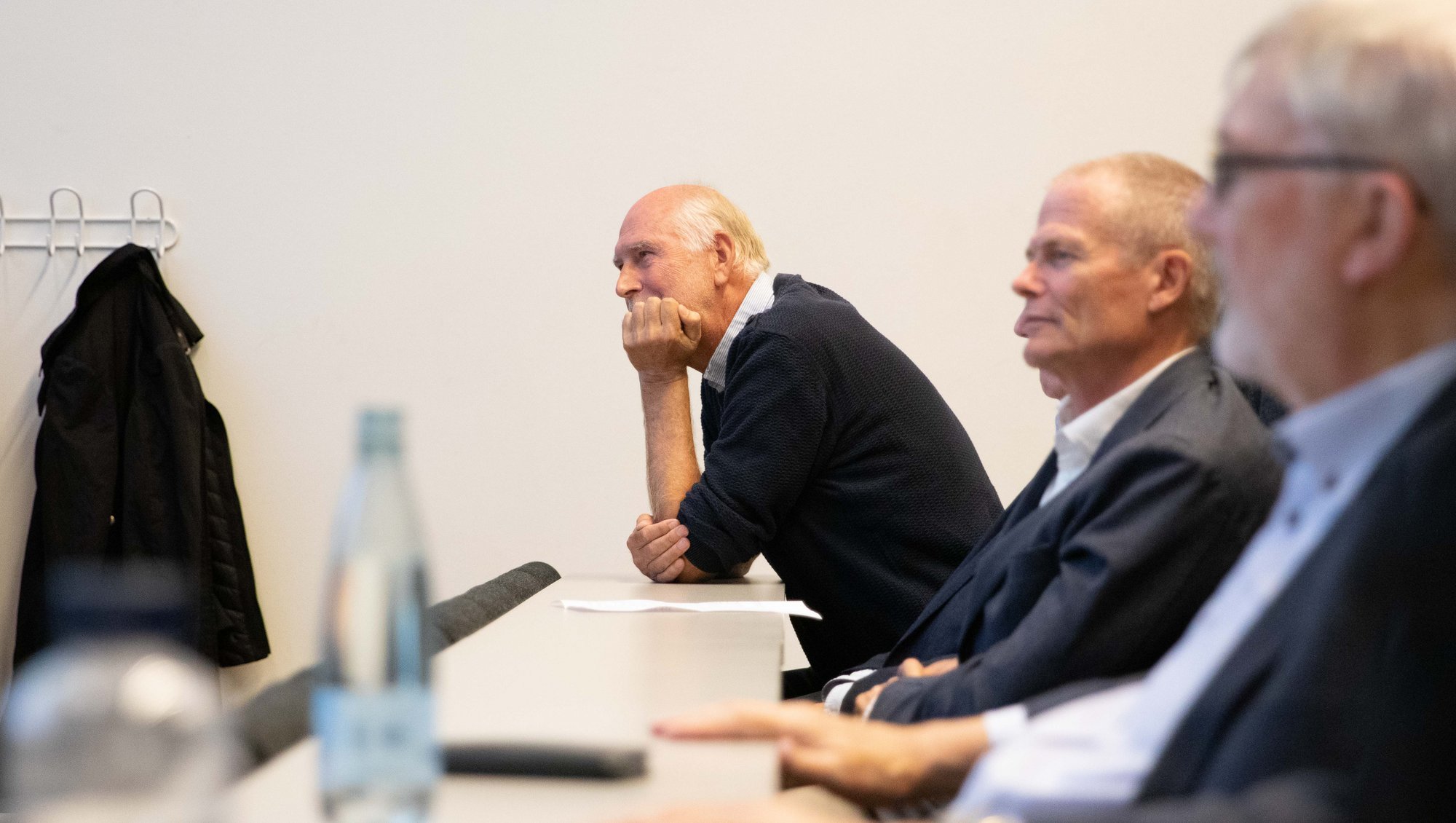 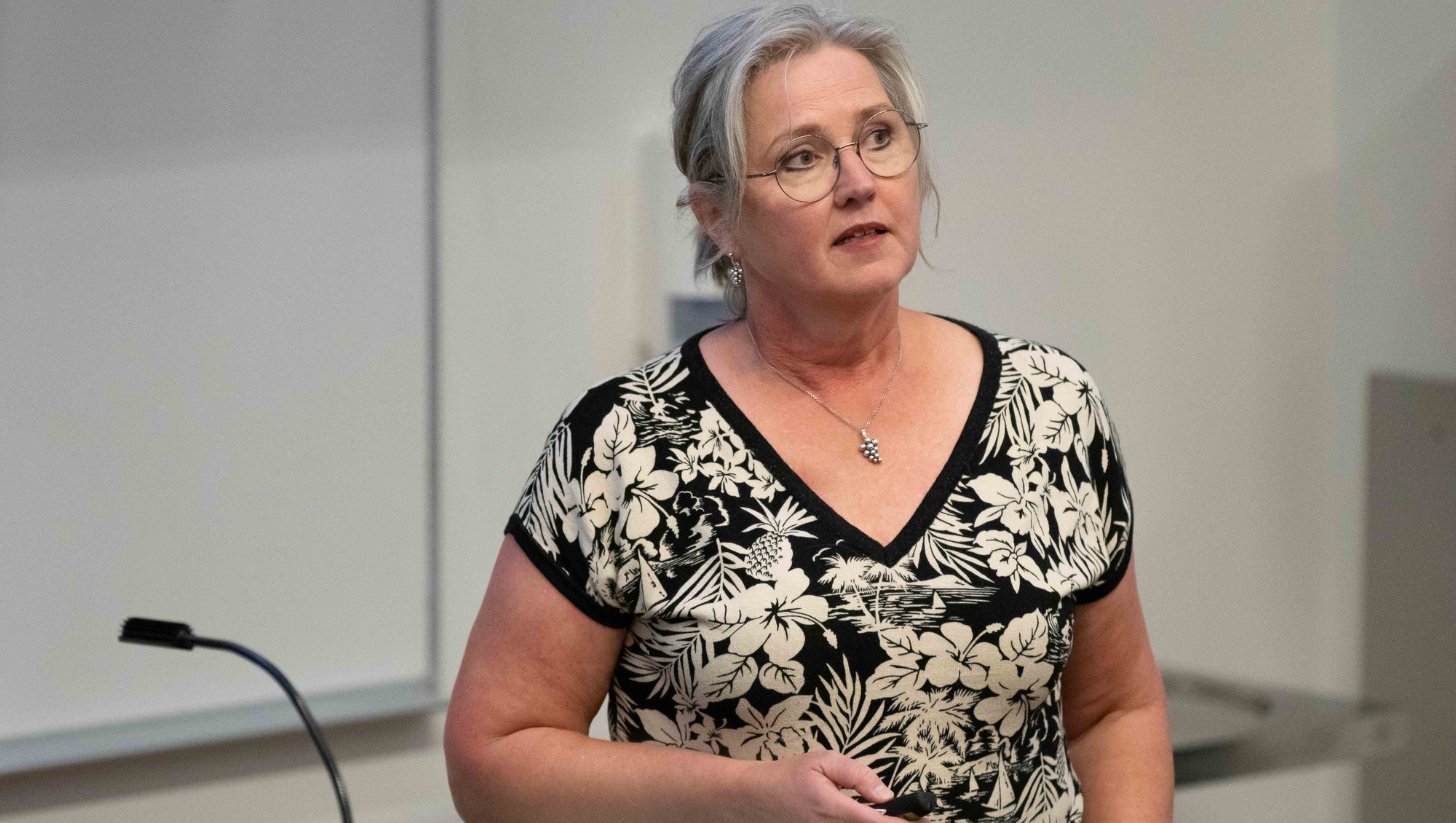 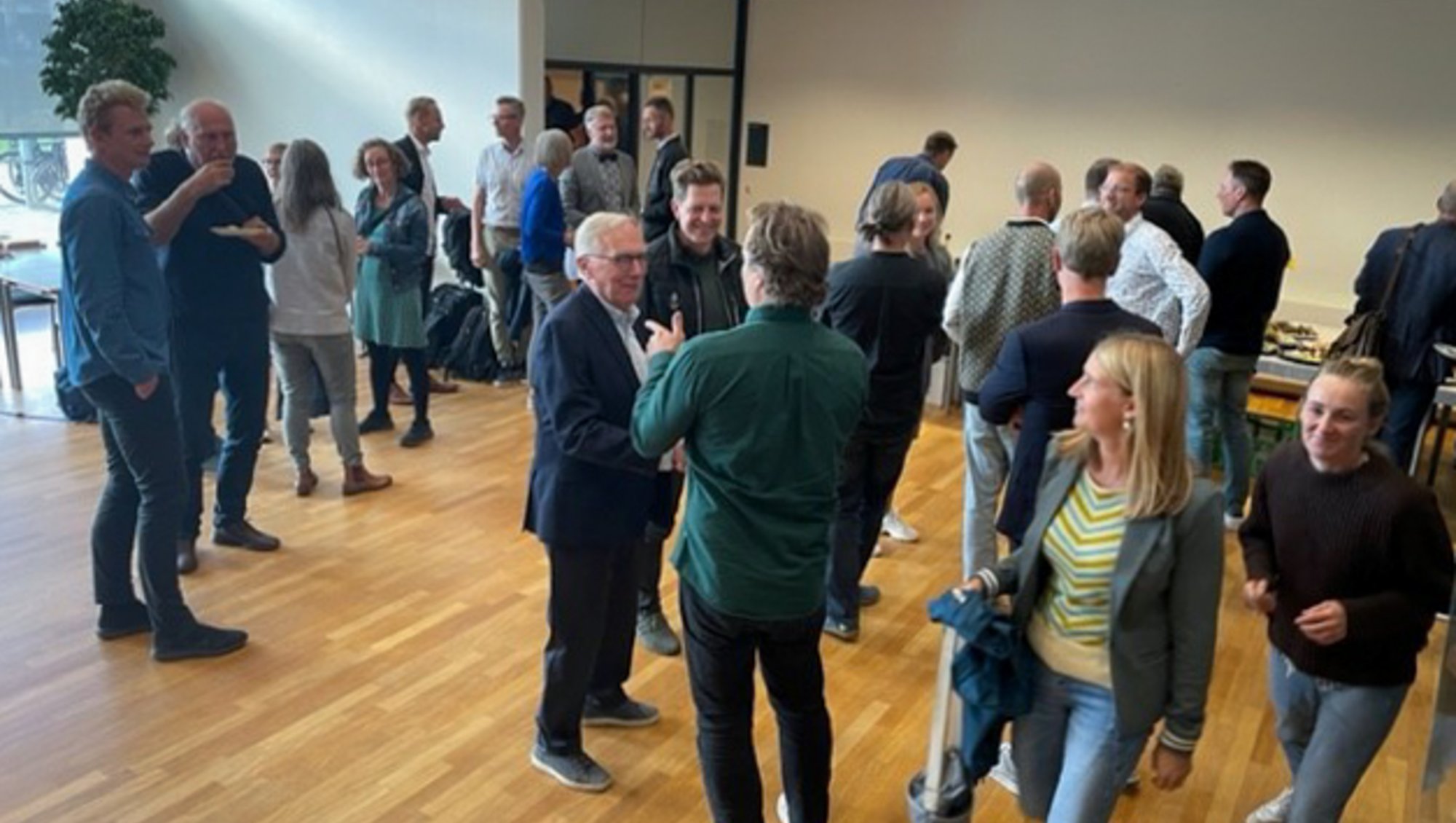